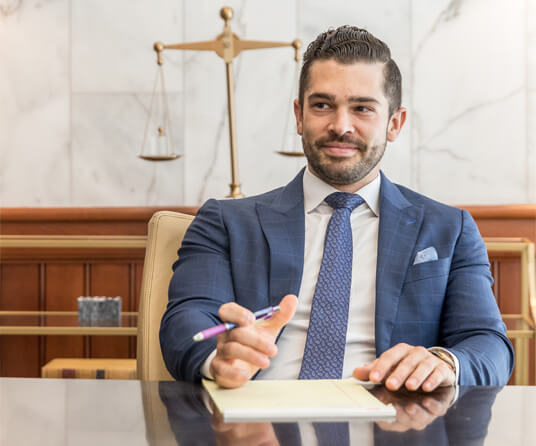 John graduated number one in his class from the Nashville School of Law in May of 2020.  The primary focus of John’s practice is Personal injury litigation and Criminal Defense. In the criminal arena, he handles both misdemeanors (DUI, possession, assault, etc.) and felonies.

In personal injury, John has worked on a wide spectrum of cases involving wrongful death caused by semi-trucks (tractor-trailer), wrongful death caused by drunk drivers, severe injuries caused by vicious dog attacks (dog bites), pedestrians riding bicycles that are hit by motor vehicles, slip and fall cases (ranging from cleaning chemicals being left on the floor to improper handrails and/or stairs not being installed), and propane explosions.

In June of 2018, John had the privilege of attending the week-long course at Gerry Spence’s Trial Lawyers College Defense of the Damned in Wyoming. John also sits on the Tennessee Trial Lawyers Association’s legislative and membership committees.  He is also a member of The Million Dollar Advocates Forum which membership is limited to lawyers who have won million-dollar verdicts, awards, and settlements.

In his free time, John enjoys running, mountain biking, golfing, and traveling. He also likes Nashville for its live music. Some of his favorite bands include Phish and Widespread Panic.