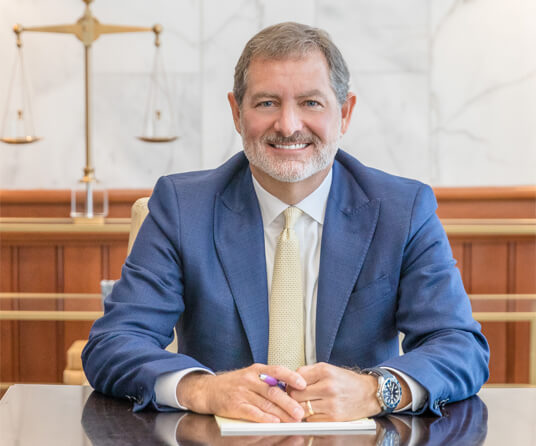 Born and raised in Middle Tennessee, Jeff Roberts respects honesty, hard work and the dedication it takes to do a job well.

Jeff grew up in Gallatin, Tennessee where he was part of a working-class family. His father spent his career either working in a factory or driving an 18 wheeler; his mother worked as a teacher’s aide in the Sumner County Schools. The hometown values and working class roots pushed Jeff to work just as hard for his future. As a result, he became the first college graduate on either side of his family after earning political science degrees from both Volunteer State Community College and Middle Tennessee State University. He worked three separate jobs during these years to help pay his way through college. While in college he studied Wado-Ryu Karate and he was a member of the Sigma Chi Fraternity.

After graduating from MTSU Jeff began his career as an insurance claims adjuster. That experience opened his eyes to the tactics and methods insurance companies often use to deny legitimate claims or to pay as little as possible to injured people. It wasn’t long before Jeff became disheartened with his job after seeing how some insurance companies, including his employer, unfairly treated people whose lives had been turned upside down by injuries through no fault of their own. That’s when he decided to leave the insurance industry and to use his experience handling insurance claims to help make a positive difference in the lives of everyday, hardworking people. He enrolled in the Nashville School of Law and attended classes four years at night while he worked full-time at a Nashville personal injury law firm during the day.

He went on to co-found a very successful Nashville law firm that focused its practice on plaintiff’s personal injury for almost 14 years. In 2016, Jeff formed his own law firm, Jeff Roberts & Associates, PLLC, where he continues to represent injured clients throughout Tennessee. Jeff’s practice continues to mainly focus on plaintiffs’ personal injury, workers’ compensation, civil rights violations, and disability claims. His office is located in the heart of downtown Nashville in the “Fifth Avenue of the Arts District,” the same place he has been since 2002. The historic Ryman Auditorium can be seen from the front door of his office. He has served on the Board of Governors for the Tennessee Trial Lawyers Association, selected by his peers to be admitted into The National Trial Lawyers “Top 100” for Civil Plaintiff work, and he was most recently admitted to The Million Dollar Advocates Forum. Jeff has been a featured guest with Nick Beres on NewsChannel 5’s “Ask The Legal Expert” morning talk show. He has taught Continuing Legal Education seminars to fellow lawyers in Tennessee, Arkansas and North Carolina. Jeff also attends continuing education in other states and as far away as Puerto Rico to stay on top of continued changes in the field of personal injury law.

When he’s not in the office, Jeff Roberts can be found spending time with his family. Jeff has been married to his wife Deltah for more than 25 years. They have twin sons, Corey and Caleb, as well as a dog named Sniffles. Together they enjoy traveling, boating, fishing or duck hunting.

In 2020 Jeff accepted a position as an adjunct professor at Volunteer State Community College teaching students who are interested in a future career in law.